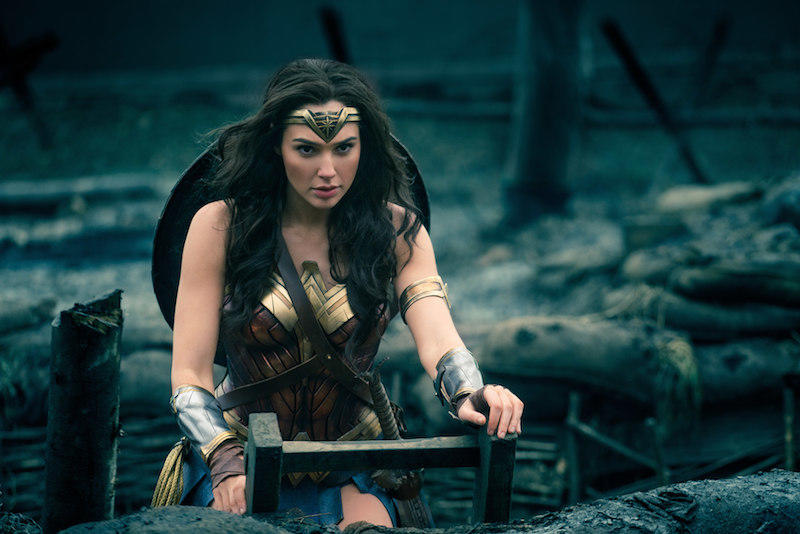 No Time to Die

Here are the 50 most anticipated titles coming to the big screen in 2020, based on franchise popularity, film budgets, star power, or just plain fan hype.

We've updated this list with the films that have been postponed due to the coronavirus outbreak.

First: The next James Bond film, "No Time to Die." Daniel Craig returns for the fifth time as the MI6 agent James Bond, while Rami Malek stars as Safin, the next big, bad Bond villain.

The release of "No Time to Die" was postponed from April to November due to the coronavirus outbreak.

The release date for this hotly anticipated film has already been delayed twice. On July 20, the debut was once again put off, until an unspecified date this year.

Shang-Chi and the Legend of the Ten Rings

Awkwafina and Simu Liu are set to star in Marvel's first-ever Asian-led film based on the Marvel comic "Shang-Chi; The Master of Kung-Fu."

Wonder Woman (Gal Gadot) will battle the Soviet Union and Cheetah (Kristen Wiig) in this sequel to the 2017 film.

The movie was originally scheduled to hit theaters on June 5, but its release was pushed back twice due to concerns surrounding the coronavirus.

The live-action adaptation of Disney's "Mulan" will star Liu Yifei as Hua Mulan and Donnie Yen as Commander Tung.

Originally slated for release in March, "Mulan" has now been delayed by Disney.

Although she died in "Avengers: Endgame," Black Widow (Scarlett Johansson) returns in this prequel entry set after the events of "Captain America: Civil War."

The Marvel movie has been postponed indefinitely because of the coronavirus outbreak.

A riverboat captain (Dwayne Johnson) escorts a scientist (Emily Blunt) into a jungle to find a mysterious tree.

The gang is back for the 10th installment in the Fast and Furious franchise. Dwayne "The Rock" Johnson won't appear in this entry after starring in "Hobbs & Shaw."

Emily Blunt, Millicent Simmonds and Noah Jupe reprise their roles in the sequel to 2018's "A Quiet Place."

Originally set to hit theaters on March 20, "A Quiet Place Part II" was delayed, and then rescheduled by Paramount to early 2021.

Minions: The Rise of Gru

The sequel to 2015's "Minions" will focus on the origin story of the single-celled yellow organisms.

Originally slated for release in July, "The Rise of Gru" was delayed indefinitely due to the coronavirus outbreak.

Doctor Strange in the Multiverse of Madness

Marvel fans will have to wait an additional six months to see their favorite Marvel sorcerer (Benedict Cumberbatch) bring his magic back to the big screen. The film's anticipated May 7, 2021 release date is no more.

The fourth Thor film stars Chris Hemsworth returning to his titular role and will pick up where "Avengers: Endgame" left off. The movie will feature characters from "The Guardians of the Galaxy."

Bill and Ted Face the Music

A pair of teenage elf brothers, Ian (Tom Holland) and Barley Lightfoot (Chris Pratt), try to bring their deceased father back to life.

Birds of Prey (and the Fantabulous Emancipation of One Harley Quinn)

The eighth film in the DC Extended Universe will feature Margot Robbie reprising her role as Harley Quinn. In the movie, Quinn joins forces with Black Canary, the Huntress and others to save Cassandra Cain from Black Mask.

Held against their will in a secret facility, five young mutants fight to escape.

"The New Mutants" has been delayed from its August release date due to concerns over coronavirus.

Seventeen years after "Bad Boys 2," Will Smith and Martin Lawrence return for the third installment in the Bad Boys franchise.

Originally set for release in Nov. 2019, "Sonic the Hedgehog" was delayed in the wake of criticism over the look of the eponymous video-game character.

Yahya Abdul-Mateen II will star in this nod to the 1992 horror classic. It's being produced by Jordan Peele.

Following an accident, a music teacher (Jamie Foxx) is separated from his soul.

Ansel Elgort stars in this Steven Spielberg-directed adaptation of the classic Broadway show.

The long-gestating adaptation of the video game of the same name was expected to be released in 2020. Tom Holland and Mark Wahlberg were set to star in the film.

Production on the "Uncharted" movie was delayed due to the coronavirus outbreak, according to Variety.

Now that he's no longer starring as Iron Man in the Marvel Cinematic Universe, Robert Downey Jr. moves onto his next project: playing Doctor Dolittle.

Will Forte, Zac Efron, Gina Rodriguez and Amanda Seyfried star in this reboot of the Scooby-Doo franchise.

"Scoob!" was supposed to be released on May 15, but it was postponed indefinitely due to the coronavirus.

Tom Hardy returns as Eddie Brock (and Venom) in this Andy Serkis-directed sequel.

A prequel to the Kingsman franchise, "The King's Man" stars Ralph Fiennes as the Duke of Oxford.

A doll (Margot Robbie), living in Barbieland, is expelled for not being perfect enough in this live-action adaptation of the popular toy line.

Keri Russell and Jesse Plemons star in this supernatural horror film based on the short story, "A Quiet Boy."

"Antlers" has been delayed indefinitely due to the coronavirus outbreak.

Based on the novel of the same name, Artemis Fowl (Ferdia Shaw) searches for his father, who mysteriously disappeared.

A bank teller (Ryan Reynolds) discovers he's a background character in a video game that will soon go offline.

Based on the Broadway musical written by Lin-Manuel Miranda, "In the Heights" stars Anthony Ramos, Leslie Grace and Corey Hawkins.

"In the Heights" has been delayed indefinitely due to the coronavirus outbreak.

The 25th film in the Marvel Cinematic Universe will star Angelina Jolie, Richard Madden and Kumail Nanjiani, among others.

A former high school basketball star (Ben Affleck), who is struggling with alcoholism, returns to coach his old team.

Death on the Nile

Kenneth Branagh will return to direct and star in this sequel to 2017's
"Murder on the Orient Express."

The sequel to "Godzilla: King of Monsters," "Godzilla vs. Kong" – starring Alexander Skarsgård and Millie Bobby Brown — is the fourth film in Legendary's MonsterVerse.

Written and directed by Paul W.S. Anderson, this film — which is loosely based on the video game of the same name — stars Milla Jovovich, Tony Jaa and Ron Perlman.

Mickey Pearson (Matthew McConaughey) looks to cash out of his profitable marijuana business.

Based on the comic-book character of the same name, Bloodshot (Vin Diesel) seeks revenge on the people who killed his wife.

The third entry in the G.I. Joe franchise will focus on the origin story of Snake Eyes (Henry Golding).

The sequel to the popular animation is expected to be released at the end of 2020.

Jamie Lee Curtis is back as Laurie Strode in this sequel to 2018's "Halloween."

The second film in Sony's Marvel Universe will star Jared Leto as Morbius, a scientist who tries to cure himself of a rare blood disease.

The Personal History of David Copperfield

Dev Patel stars as David Copperfield in this film that chronicles the life of the Charles Dickens character.

Starring Dwayne "The Rock" Johnson, Gal Gadot and Ryan Reynolds, Red Notice focuses on an Interpol agent who hunts down the world's most dangerous art thief.

Raya and the Last Dragon

A warrior named Raya (Cassie Steele) searches for the last dragon in the world.

The last man on Earth (Tom Hanks) creates a robot to keep him and his dog company as they embark on a journey across the country.

Eddie Murphy returns as Prince Akeem Joffer in the sequel to 1988's "Coming to America."

The Many Saints of Newark

This prequel to the HBO hit "Sopranos," set in the 1960s and 1970s, will feature James Gandolfini's son Michael as a young Tony Soprano.