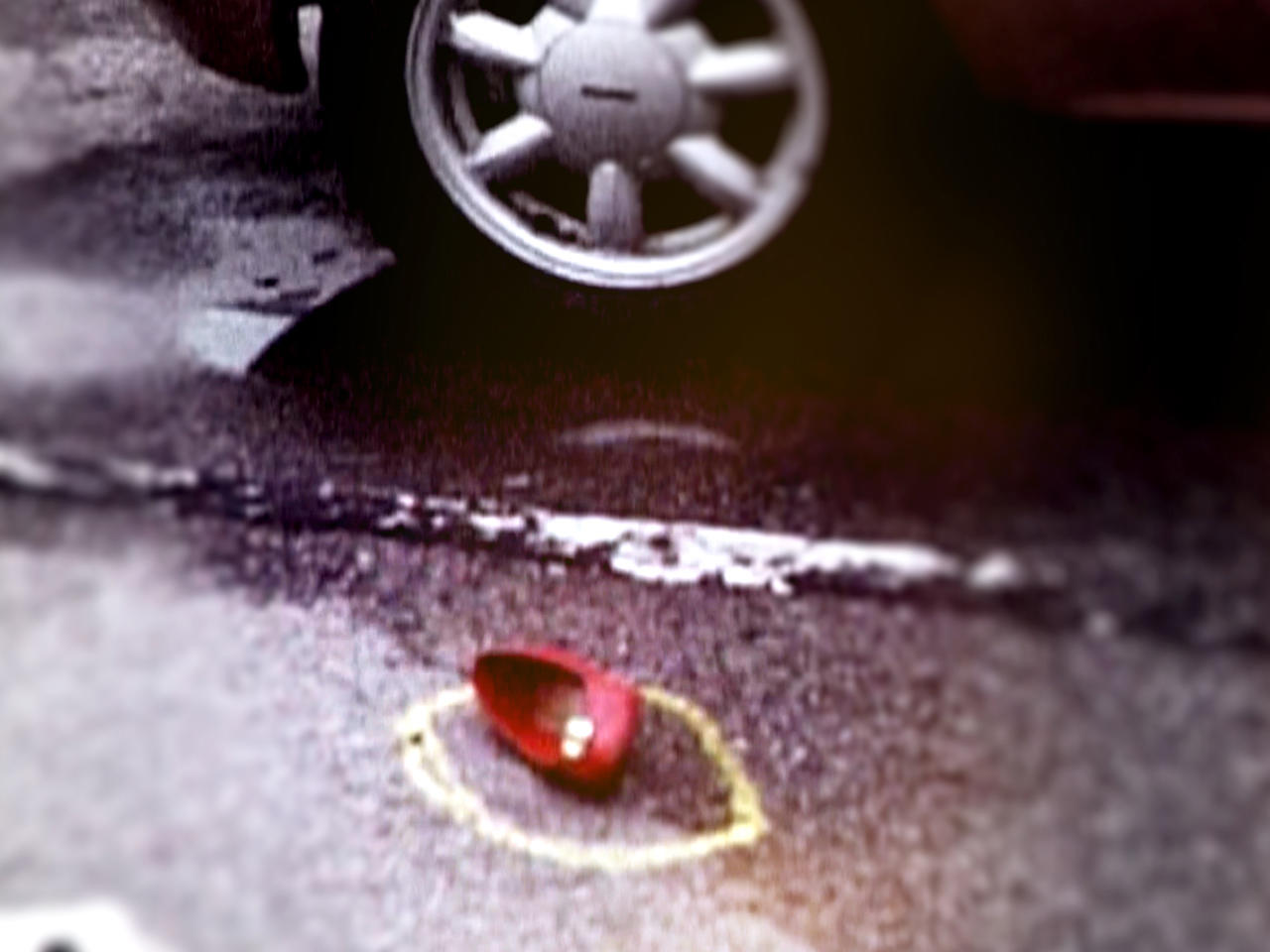 Jodi Huisentruit, the morning news anchor at Iowa's KIMT-TV was reported missing on June 27, 1995. Mason City Police are still at work trying to solve this case.

In the early morning hours of Tuesday, June 27, 1995, Jodi Huisentruit vanished on her way to work in Mason City, Iowa.

Twenty-three years later friends put up billboards in hopes of solving the case.

A co-worker last spoke to Jodi shortly after 4:00 a.m. The anchor had overslept and said she was on her way, but she never arrived.

At 7:13 a.m., Mason City police received a phone call from Jodi's employer KIMT requesting a welfare check when she did not report to work.

In her apartment complex's parking lot, police discovered Jodi's belongings scattered around her car, a red 1991 Mazda Miata. She had just purchased the vehicle a few weeks prior.

Police found Jodi's high-heeled red shoe next to her car.

Police told WCCO the item in this photograph appears to be Jodi Huisentruit's key to her Mazda Miata.

Jodi Huisentruit's hair dryer was discovered near her car which was in her apartment complex's parking lot.

Ten years after Jodi vanished, a Mason City police detective told WCCO-CBS there were apparent drag marks near her car -- signs of a struggle. Several neighbors told police they heard a scream around the time Jodi disappeared, but no one called for help.

Investigators towed Jodi's 1991 Miata away for further analysis. She had just purchased the 4-year-old red sports car a few weeks before she went missing.

Investigators also searched Jodi's desk at KIMT. Co-workers wondered if an angry or obsessed fan might be involved.  In October 1994 -- nine months before she disappeared -- Jodi reported being followed by a black truck when she was out jogging.

On July 1, 1995, a few days after Jodi Huisentruit vanished, Mason City police held a press conference announcing they were looking for a mid-1980s white Ford Econoline van [similar to the vehicle seen in this photo] that a passerby reported seeing in Jodi's parking lot that morning

The Mason City Fire Department searched the Winnebago River that ran behind Jodi Huisentruit's apartment complex. There was no sign of Jodi.

As the search for Jodi continued,  Arthur "John" Vansice put himself on police radar by declaring he'd been the last person to see Jodi alive. He and Jodi were friends.

According to Vansice, Jodi had visited his home the night before she vanished. He said they watched a video of a surprise birthday party he had helped arrange for Jodi with another friend, Ani Kruse,

This is a photo from that party on June 10, 1995. Pictured from left: Jodi Huisentruit, John Vansice and Ani Kruse.

He said, "Jodi was like a daughter to me. She was just like my own child," Wolfram told "48 Hours."

Vansice also said police had interviewed him twice, but gave him no indication he was a suspect.

"48 Hours" dispatched crews to Mason City, Iowa, in July 1995 to cover the case of the missing morning news anchor. Producers met up with Jodi's family, who had traveled from Minnesota, including her sister JoAnn Nathe. John Vansice joined her group and provided contact information for some of Jodi's friends and acquaintances in Iowa whom he knew.

"48 Hours" also interviewed John Vansice in July 1995, less than a week after Jodi Huisentruit disappeared. Despite being more than two decades older than Jodi and friend Ani Kruse [pictured], Vansice said he and Jodi had similar interests like boating and waterskiing.  "I hope she's OK and I hope she can come back soon," he told "48 Hours."

Months after Jodi's disappearance, Mason City Police confirmed Vansice had passed a polygraph test but refused to say whether he was still a person of interest.

In 2017, Mason City Police issued a search warrant for two of John Vansice's vehicles. To this day that warrant remains sealed.

In 1997, Tony Jackson was charged with raping several women in the Minneapolis-St. Paul area. He later landed on police radar as a possible "person of interest" in Jodi's case.  FindJodi.com member Jay Alberio, formerly a detective with the Woodbury Police Department, worked the Jackson investigation.  Alberio learned Jackson was living in Iowa when Jodi disappeared, just two blocks from where she worked at TV station KIMT. Alberio thinks Jackson may have watched Jodi on TV, known her schedule and even stalked her.  No forensic evidence was ever found linking Jackson to Jodi. He is currently serving the equivalent of a life prison sentence for the Minnesota rapes.

In 1999, Mason City Police issued the following statement: "After conducting a thorough investigation which included interviews, crime laboratory analysis, records review, and polygraph examination, Tony Jackson is not considered, at this time, a viable suspect in the investigation."

Jodi Huisentruit's KIMT co-workers planted a memorial tree outside the station one year after she disappeared. These photos from 1998 and 2018 show how much it has grown over the past two decades.

Jodi's Network of Hope was created by her family and friends as a way to keep her spirit alive. The foundation dedicated a fitting memorial in honor of Jodi, an avid golfer. A granite bench sits on the 10th hole at Long Prairie Country Club in Jodi's Minnesota hometown.  The foundation has given away over $40,000 in scholarships since its start in 2005.

Journalists Gary Peterson and Josh Benson created the website FindJodi.com in 2003. Since then, several former reporters and retired detective Jay Alberio have joined their team to assist in solving Jodi's case. In June 2018, on what would have been Jodi's 50th birthday, the team at FindJodi.com placed billboards around Mason City, Iowa,asking the public for information.

If you have information about the disappearance of Jodi Huisentruit, please call the Mason City Police Department at 641-421-3636.